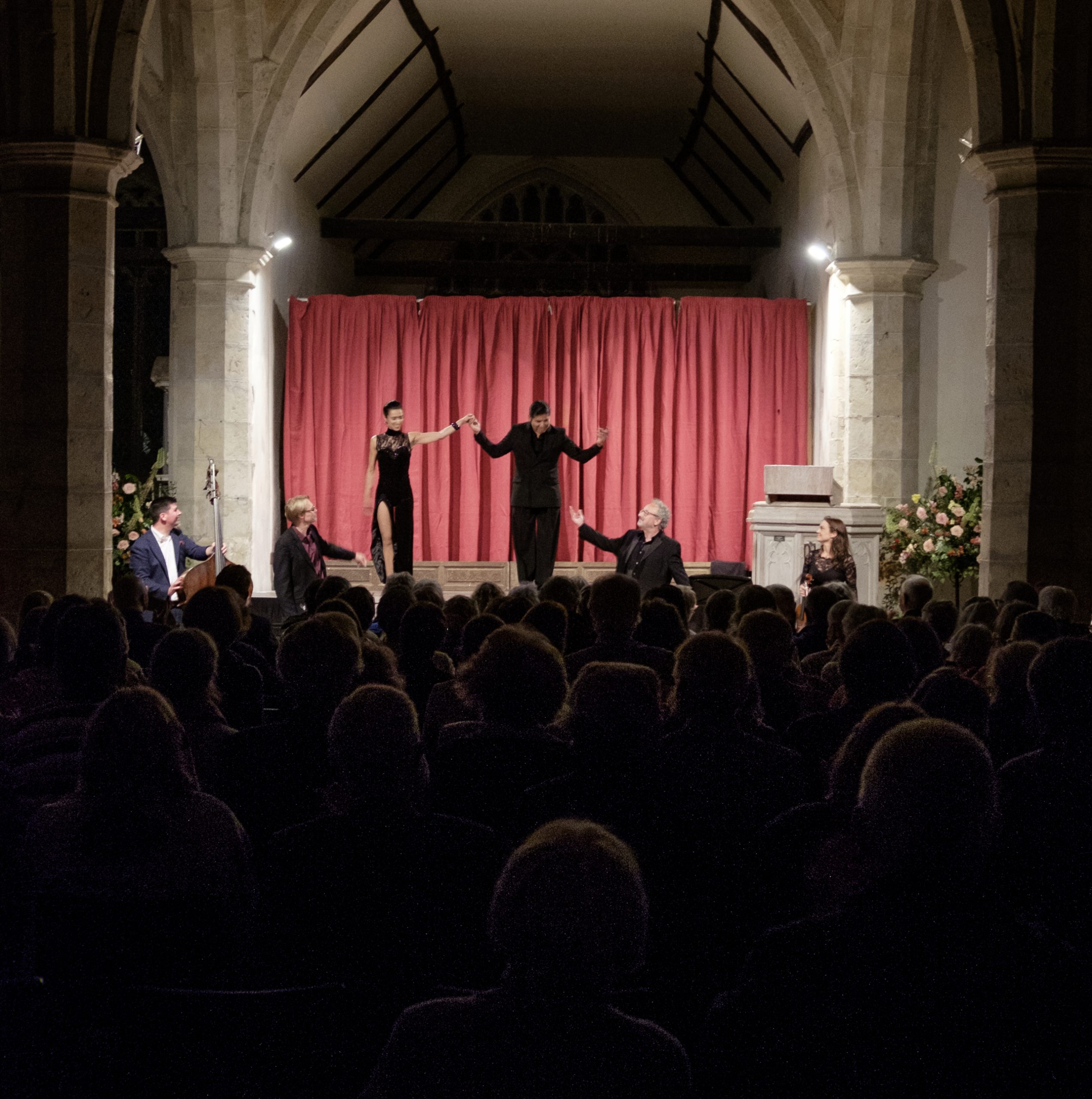 Tango Siempre – About us

“here is the tango, raw, intoxicating, speaking with its true voice.” – Financial Times

Tango Siempre are the UK’s leading tango company. Since 1998 they have toured the UK and Europe with projects ranging from traditional tango dance shows (Subitango and Tangomotion) to collaborations with orchestras, contemporary dance companies and internationally acclaimed jazz musicians. In 2009 they were joined by the bandoneonist Julian Rowlands.

The Tango Siempre band tour as a quartet and as a seven-piece tango orchestra, performing concerts with and without dancers and Tangomotion, a traditional tango dance and music theatre show.

“Their playing has the verve and gut-wrenching rhythmic drive associated with the greatest Argentinian bands … here is the tango, raw, intoxicating, speaking with its true voice.” – Financial Times